That’s the first time for Bella Ranee Campen to play a couple with her junior actor Kongthap Peak. The drama is about an age-gap relationship between the main characters.

Mark Prin and Kao Suppassara worked together in a 2018 TV drama ‘Kom Faek’ but they didn’t play a couple in this TV drama. This year, they are paired in the new TV drama ‘Trab Fah Mee Tawan’. 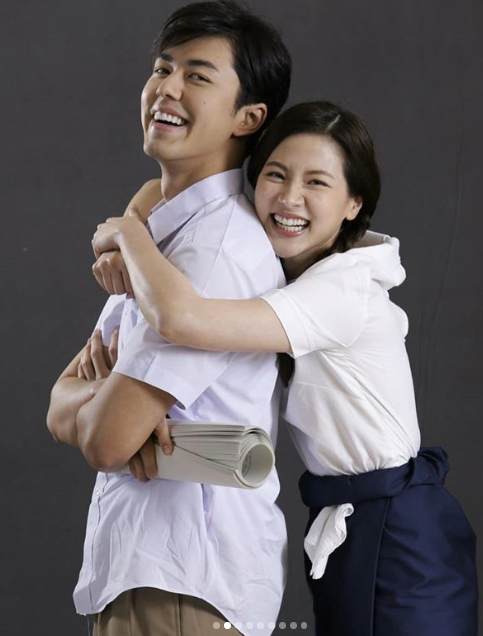 Nine Naphat and Baifern Pimchanok have very great chemistry in the popular movie ‘Friend Zone’. That’s so good to see them playing a couple in a new TV drama ‘Sroi Sabunnga’.