Aum Patchrapa talks about her new drama in a new interview.

“On Loy Krathong Festival, I’m happy with my group of friends. Mike Pattaradet also joins with us and he is a new member of the group,” the actress says. 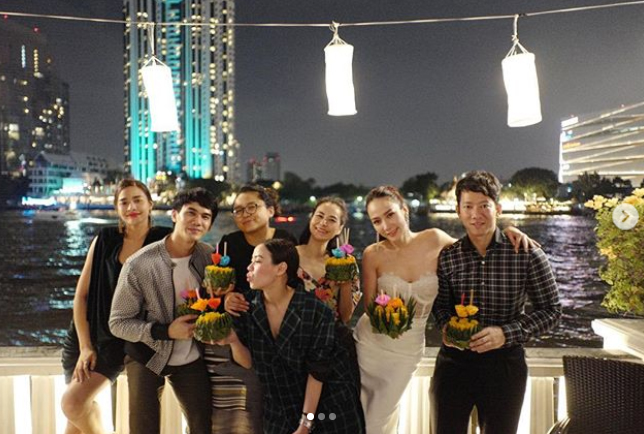 “I have known him for 6-7 years before he starts working in the Thai entertainment industry but we’re not close at that time,” she continues.

“Many people think that we will play couples in a new TV drama. I want to play with him because we’re close. For people who are waiting for my new TV drama, they’ll see it next year for sure. My character will be changed in a new drama,” she adds.