Bow Maylada Talks About Mik Thongraya In A New Interview

Bow Maylada lately attends the event and gives an interview about Mik Thongraya.

SEE ALSO: Yaya Urassaya Sperbund Is In The List of ‘The 5 Most Beautiful Actresses’ 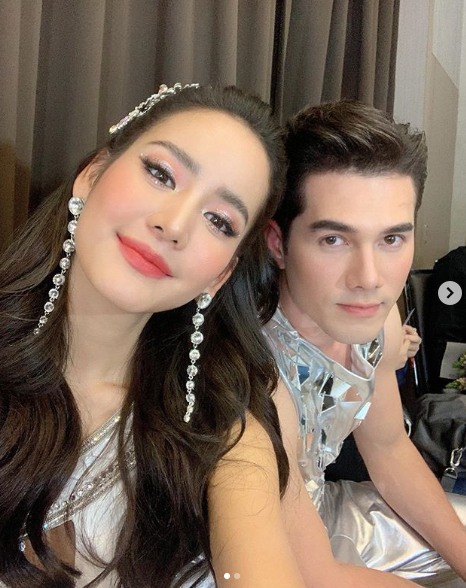 The actress reveals that between her and Mik Thongraya are just a brother and sister. Their friendship hasn’t developed to a relationship.

“You’re lately very closed to him. You go everywhere and have dinner together,” the reporter says.

“Not only two of us because other people also join,” Bow Maylada replies.

She lately meets him often during the rehearsal for a Thai Channel 7 concert. After that, they not often meet because they’re busy with their works.

She talks to him more and they’re getting closer. Their friendship will develop to a relationship or not, it’s up to the actor, too.