Boy Pakorn Talks About His Relationship With Gyeon

After working together in a game show “Davinci Thailand”, Boy Pakorn posted his picture with Seo Gyeon, a beautiful Korean girl who lives and works in Thailand, on his Instagram account with a caption, “A new Koo Jin”. After this post, there was a rumor about their dating. However, the actor denied the news and said that they were just co-workers.

Recently, the singer-actress joined the TV show “Tee Tai Krua”, she said that she would try dating the actor if he asked her. Many fans support them to be together.

Interviewing with the reporters, Boy confesses that he doesn’t have her LINE ID and have never met each other after shooting that game show together. He adds that it’s 0% for their relationship.

The actor just admires her because she is good in working as a special MC. He hopes she will join his game show once again in the future. 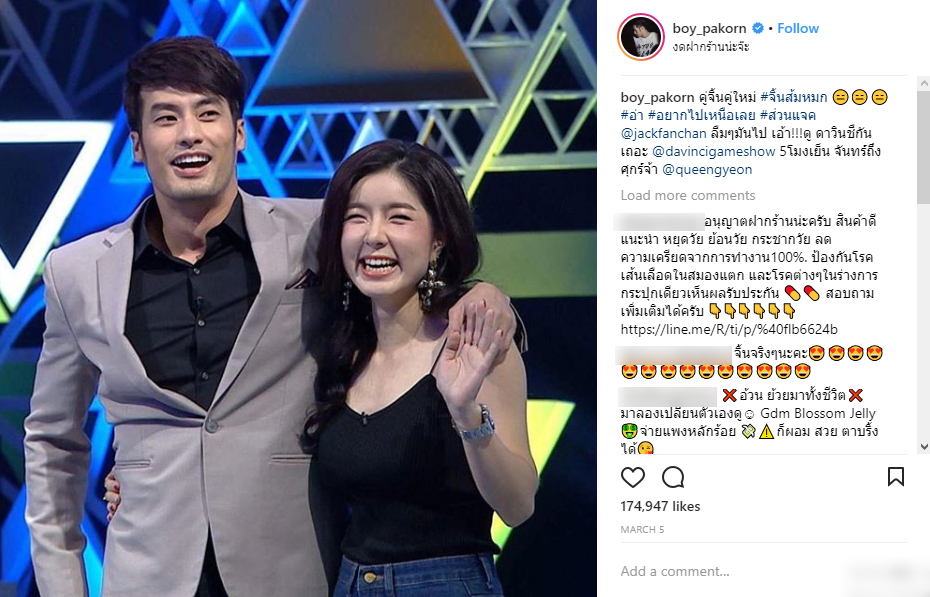