James Ma With His 8 Beautiful Co-Stars

Working in the industry for 6 – 7 years, James Ma has worked with 8 beautiful actresses in the TV dramas.

Mint Chalida is the first actress whom James Ma work with when he debuts as an actor in a TV drama ‘Suparburoot Jutathep: Khun Chai Ronapee’. In 2017, he reunited with her once again in a TV drama ‘Sai Tarn Huajai’.

In 2015, James Ma played a couple with Matt Peranee in a period TV drama ‘Ka Padin’ and got great feedback from the audiences.

James Ma and Kimmy Kimberley became a shipped couple (Koo-Jin) after playing a TV drama ‘Piang Chai Kon Nee Mai Chai Poo Wised’ in 2016. This year, he will reunite with the actress in a new remade TV drama ‘Song Sanaeha’.

The actor played a short film with Diana Flipo before they reunited in a TV drama ‘Chart Suer Pun Mungkorn’ in 2018.

In 2017, he has an opportunity playing a movie ‘Mind Memory’ with Hahm Eun Jung (T-ARA).

In 2017, the actor also played a TV drama ‘Arkom’ with Margie Rasri.

In 2018, James Ma was paired with the new actress Gina Yeena in a TV drama ‘Duang Jai Nai Fai Nhao’. 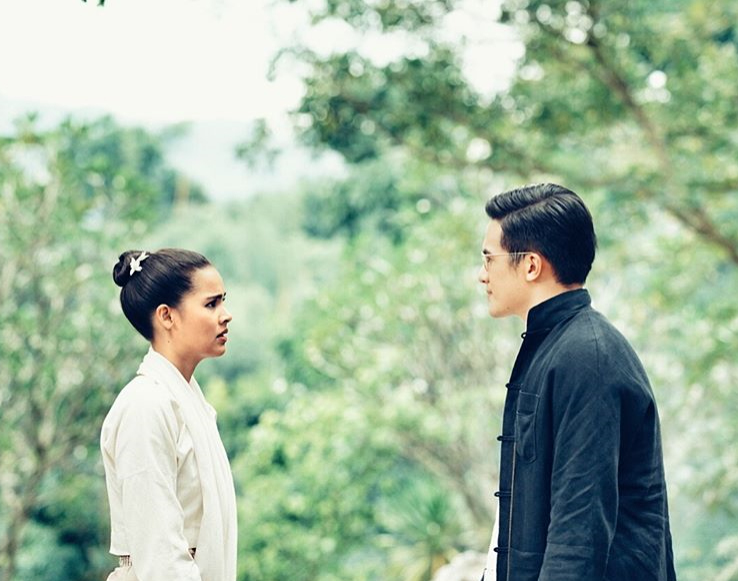 He is currently filming a new drama ‘Klin Ka Salong’ with Yaya Urassaya. The drama plans to air soon on Thai TV3.