Lately, the drama director Puttipong Promasakha uploaded his photo with Kem Hussawee and Mookda Narinrak taken at the filming location on his Instagram.

Also, he shared other photos of the actors taken with a food truck.

In the photo, both actor and actress look so handsome and beautiful. Their chemistry is great as always.

According to the source, this new drama with the performance of Kem Hussawee and Mookda Narinrak has already started filming.

Many fans are so happy and waiting for this upcoming drama. 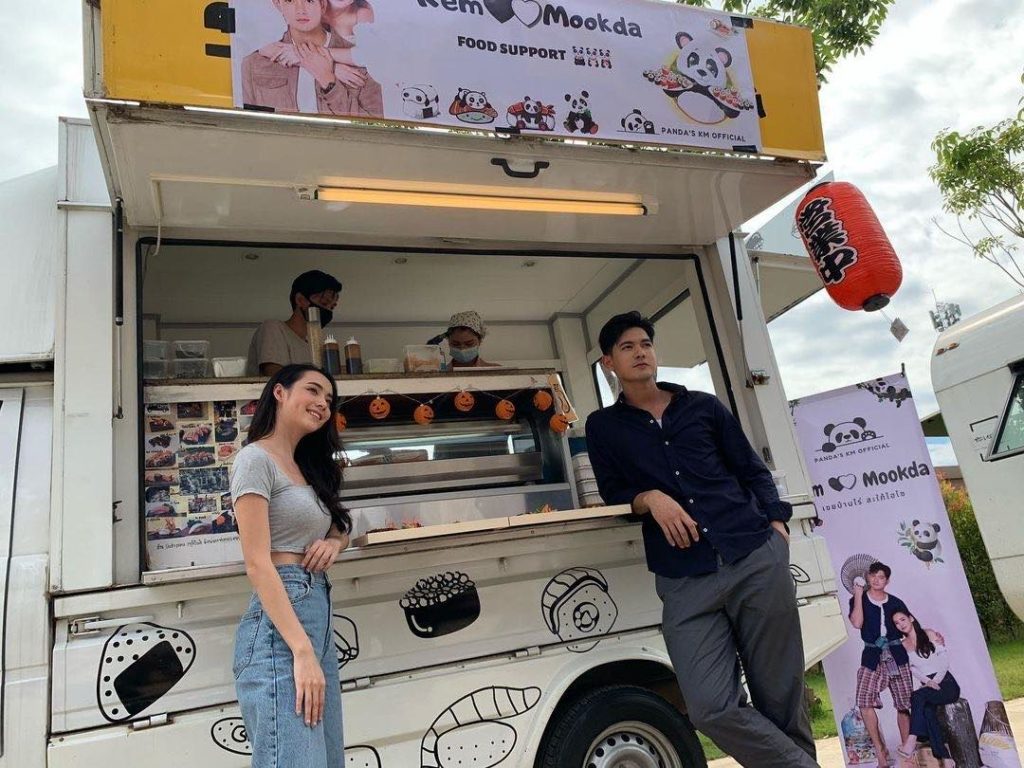