The actress Kimmy Kimberley uploaded her photo wearing the white outfit on the official Instagram. In the post, she reveals her original name given by her parents before her current name. 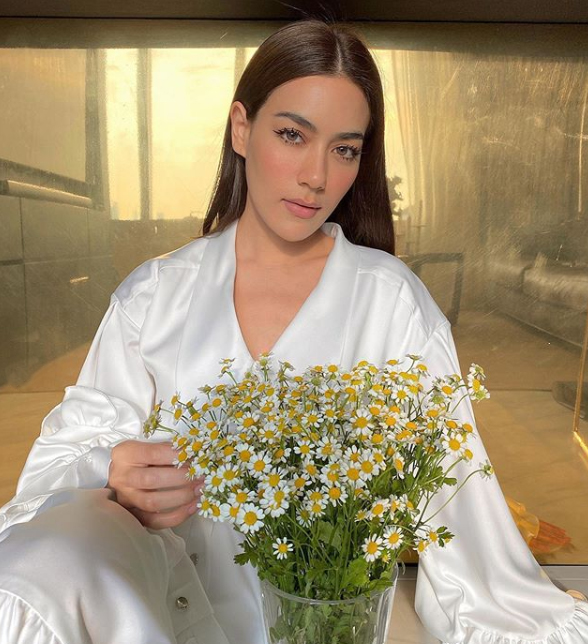 In the caption, Kimmy Kimberley writes, “My parents named me Daisy / Desiree before Kimberley though.”

According to the source, her name Kimberley is given by her father. It comes from the word ‘Kimberlite’.