The reporters asked if she would go to Mark Prin and Kimmy Kimberley’s wedding.

The actress replied that she would join their ceremony for sure if she was invited.

Mint Chalida also said congratulation to the couple with a smile.

A talented actress opened up that Kimmy Kimberley asked her at Maprang’s wedding when would she get married. Also, she asked her about this, too.

She told Kimmy Kimberley that she and her boyfriend wouldn’t tie a knot soon.

Mint Chalida added that Mark Prin and Kimmy Kimberley were more ready to get married than her couple. 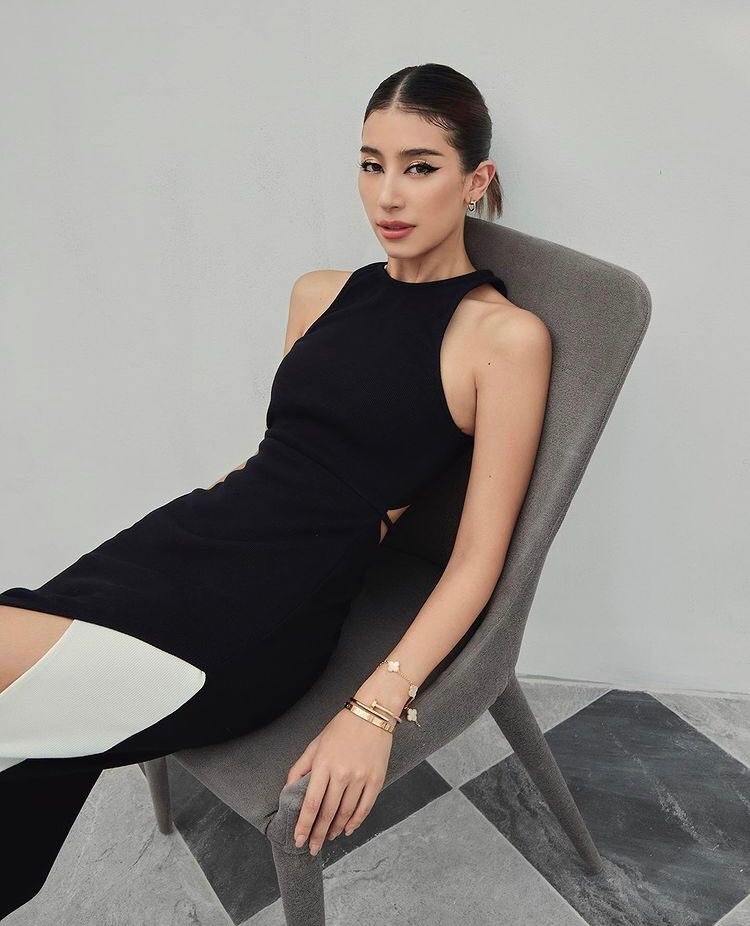