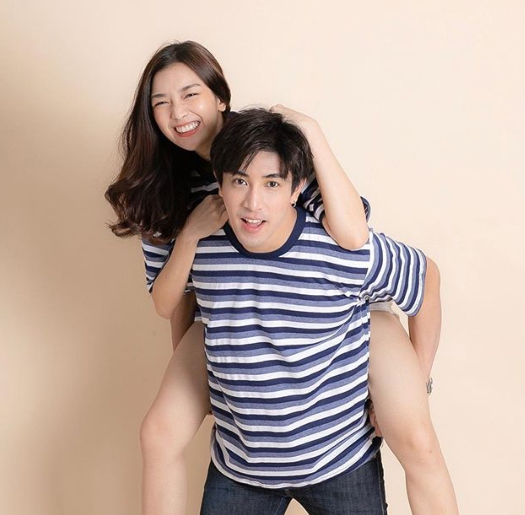 A beautiful actress Namwhan Phulita from a hit TV drama ‘Thong Aek Mor Yah Tah Chalong’ is dating her co-star Kiak Wattikorn after playing a TV drama ‘Mr. Merman’ together. They create a YouTube video and do a business of selling the T-shirt together.

Cake Nattavat, a new actor who plays a TV drama ‘Look Poo Chai Series – Pat’, and Krissiri Sukhsvasti are in a relationship for over a year.