Zee Pruk and Saint Suppapong revealed to have filmed the new TV drama alongside August Vachiravit and Namfah Thunyaphat, who played the leading roles in this drama.

In the photo, both actors look great together.

Many local and international fans are so happy to see this popular TV series couple in the new TV drama.

Are you excited and waiting for this new drama? 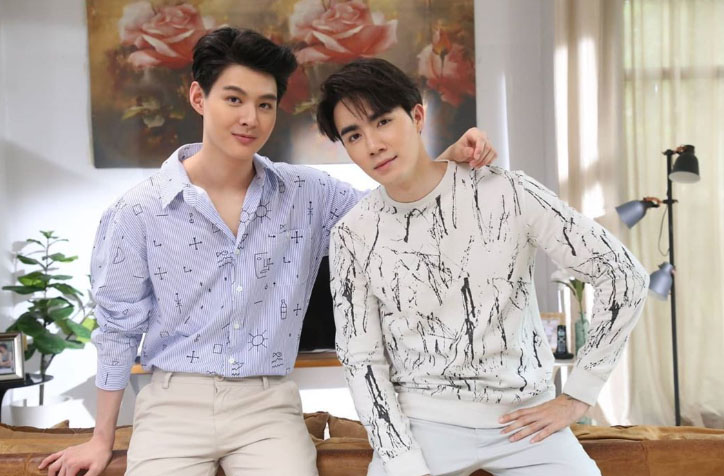